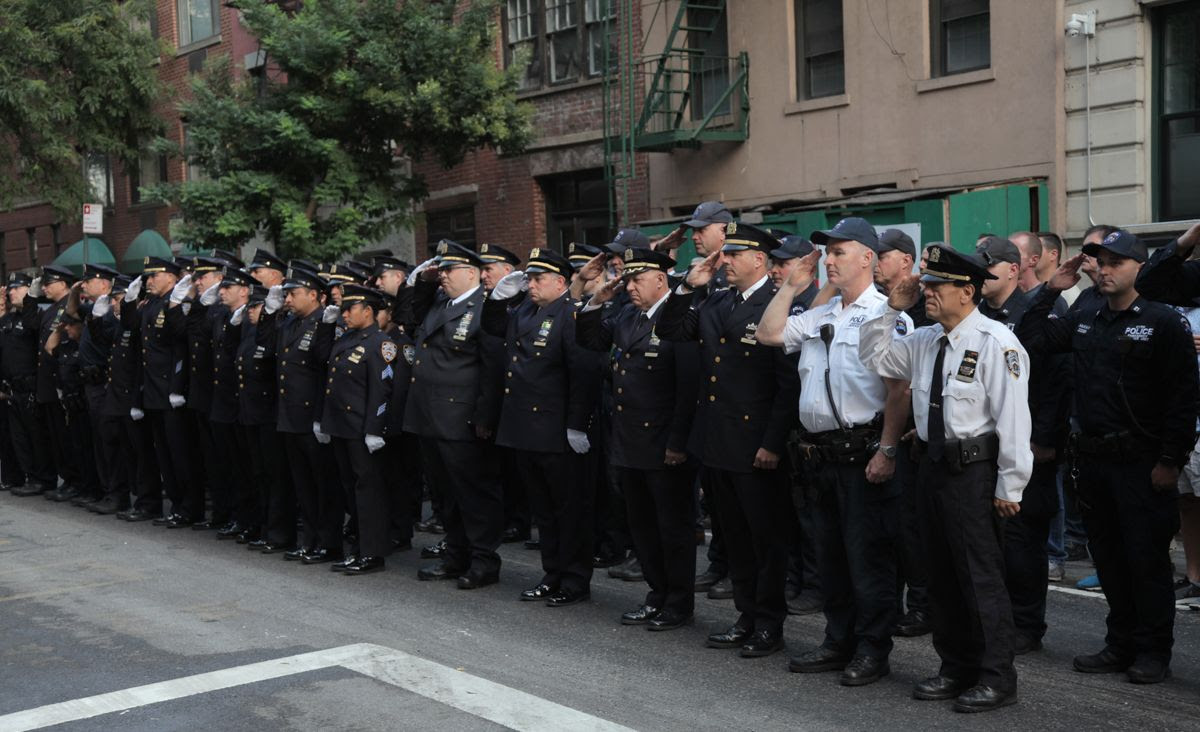 Special Thanks to our
Wonderful Neighbor Ira Fox,

As our first responders raced into burning buildings as thousands fled that day, the headline flashed around the world “They saved everyone but themselves.”
23 NYPD and 37 Port Authority Police Officers died, for a total of 60 police, and 343 FDNY died that day.
Due to our first responders’ quick actions, over 25,000 people were saved.
To support our first responders for the 8 ½ months following 9/11, our Gramercy Park Block Association organized a round-the-clock relief effort at the 13th Precinct, which is documented in an 8-foot photographic exhibit inside the Precinct, on the wall leading to the payroll office. It reads, “NYPD YOU MAKE US PROUD.” That same message is on our plaque of this 13th Precinct Remembrance Garden, which we plant four times the year.   Descriptions of our community’s many World Trade Center support projects are also housed in the National September 11 Memorial & Museum.
A few of the many ways we continue to support the NYPD throughout the year are:
Since 9/11, the bonds we formed with the NYPD have become permanent and their police family has become our family. ALL the families of fallen officers ever ask is that… WE NEVER FORGET. Eighteen years later, we continue to keep that promise we made in 2001.
And sadly, eighteen years later, we are still seeing the devastation from
9/11, with hundreds of first responders dying of 9/11 related illnesses. Here are the numbers of this second tragedy that continues each day.
There were 400 toxic chemicals at the site.
The number of first responders and survivors enrolled for monitoring or treatment is nearly 100,000.
13,298 have cancer, 9,405 of those are first responders.
At least 237 NYPD died from 9/11 related illnesses, more than ten times the 23 NYPD who died that day.
Over 200 FDNY died of 9/11 related illnesses (including 22 over the past year) more than 100 of those due to cancer.
Over 11,000 FDNY are now certified as sick, and more than 2,000 with cancer
All the families ever ask is that we NEVER FORGET.
We can continue to honor those who died that day by being the ones who remember, and we plan to be here each year to do that.
It’s the very least we owe to the victims and the families they left behind.
Thank you.