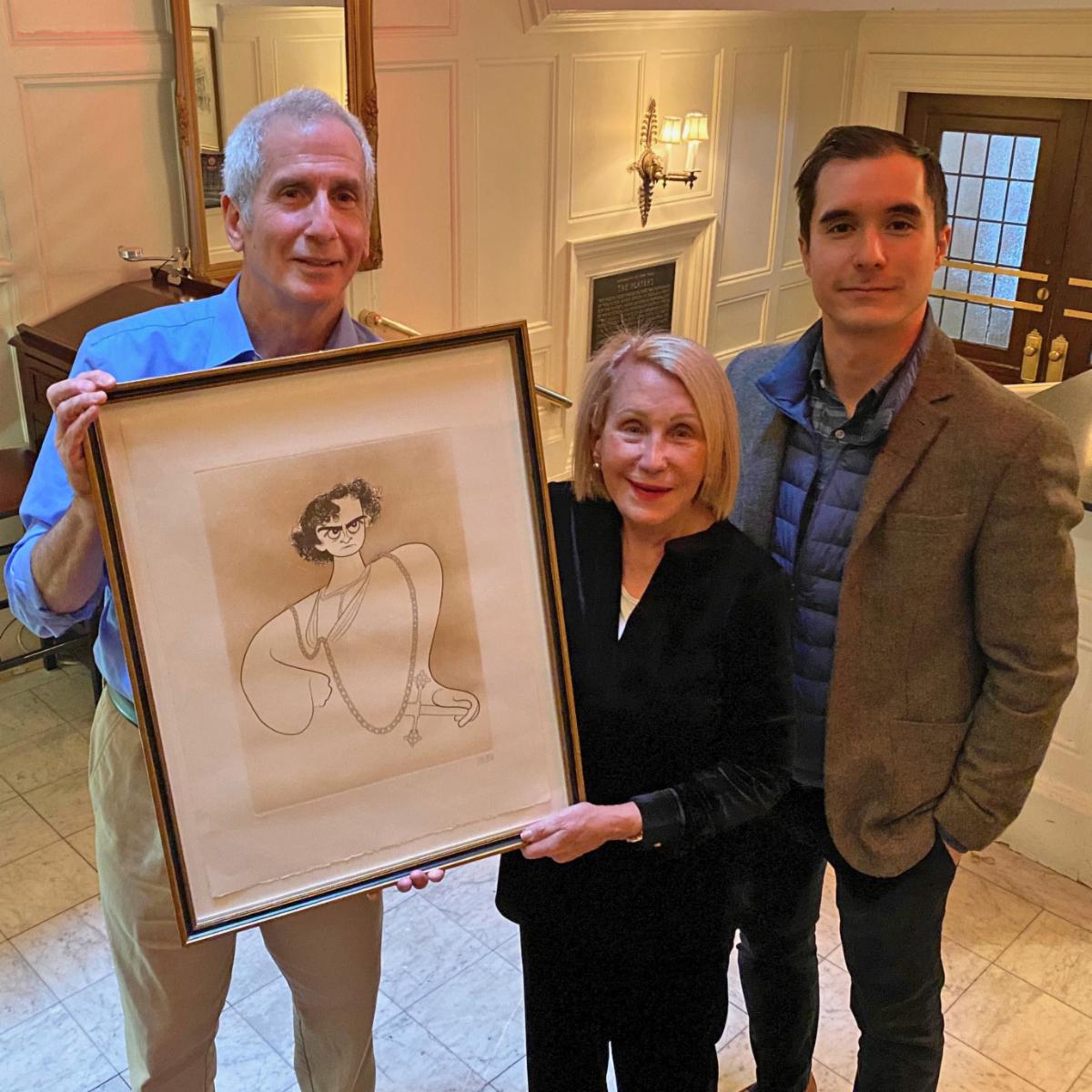 In the late 1980’s caricaturist Al Hirschfeld created a signed and numbered limited edition (150) etching of Edwin Booth in his signature role of Hamlet, for fundraising for the library of The Players Foundation. The edition became even more limited when many were destroyed by error.
The brilliant but troubled Booth spent his final five years — the most peaceful of his life– overlooking Gramercy Park from his rooms at #16, which he called “my nest among the tree-tops at Gramercy.” As his health deteriorated he went out less and less frequently. One of his final excursions in his last year was a walk around the park accompanied by his friend Adam Badeau, which due to Booth’s decline took half an hour.
The splendid statue of Edwin Booth in the center of the park, recently restored by The Players Foundation, is a fitting tribute to the great American actor who took such pleasure in Gramercy Park. The Foundation has been happy to present Arlene Harrison, who has done so much to preserve the park Booth so loved, with one of the remaining Hirschfeld etchings.
– Raymond Wemmlinger
Players Foundation Curator and Librarian